The Boomeronian Captivity of the Shrinks 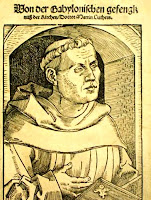 Despite my affection for Jung, I have found little worth reading by his disciples in the last few years. What was once interesting and fertile now seems formulaic and predictable. Jungians rarely surprise me nowadays. Give them any cultural, political or social topic and the usual outcome is as follows:

This problem is the result of Shadow Projection and/or The Rejected Feminine. The solution is moral equivalence and/or feminization.

I wondered if this cognitive loop were a product of the Boomeronian Captivity of so many analysts or if it stemmed from Jung himself. Both, I suspect. Jung’s political sense was, how shall we say, not acute. Prescinding from the whole Nazi issue, he used to interpret the Cold War as merely some kind of internal split in the Western psyche, shadow projection, etc.

In the terms of philosopher John Kekes, Jungians have turned their psychology into an ideology: a tight set of concepts that are used to interpret every situation and provide the solution to the problem it constructs. They used to laugh at unimaginative and rigid Freudians for making the Oedipal complex the source of all mental illness. Now look at them.

My favorite Jungian writer, Anthony Stevens, who often will tell the truths that others of his tribe refuse to note, still falls into this loop, meme or trope... whatever... In Archetype Revisited: An Updated Natural History of the Self, he grandly observes that once upon a time, the West knew where evil was, in Nazi Europe or the Communist East, but in the absence of these, searched for a new Evil Other and found Islam. Am I to assume that the National Socialists and the International Socialists were not evil? Or that Islam is just a poorly understood form of ThirdWorld Quakerism?

Burns me, because what always attracted me to Jung was my sense that he accepted reality.

What the Jungian loop assumes is that in any conflict, both sides are equal. (And the Jungians, who transcend these primitive oppositions, are revealed as superior beings, of course, for pointing it out). And so analytical dialogue, amazingly, is the solution. To a hammer, every problem is a nail. I am used to this twaddle from the run of cocoon-dwelling analysts, with the accompanying moral narcissism, but Stevens is usually so otherwise acute. Disappointing.

I suggest that they and he consider the opposition of the Mongol Khan and the Arab Caliph around 1258, when Baghdad was sacked for 40 days and lay in ruins for centuries. Shadow projections may have abounded, and certainly the Feminine was kept in a harem…but so what?

Did it never occur to these people that shadow projection is not always causal? Or that real evil and real enemies exist? Or that psychology has severe limits to its usefulness? Planet Earth, anyone?
at 10:22 AM