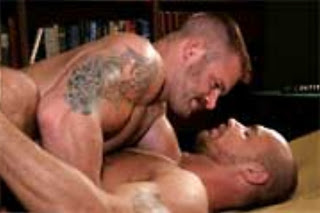 Continuing my random thoughts about the finality of sexual acts...Seems to me that if anyone is or were interested in developing a purpose-driven (!) theory of homosexual sex, they'd have to separate male-male sex from female-female sex. What you often have in traditional circles is a theory of male-female sex and then another one about non-heterosexual sex.

But the specificity of the gender, which is crucial to heterosexual theorizing, is no less important for homosexuality. Maleness, the engagement of a male with a male in sex. Same thing for women with women. They are not interchangeable.

So what goes on, specifically, in the sexual dynamic between two men?