Man of the West 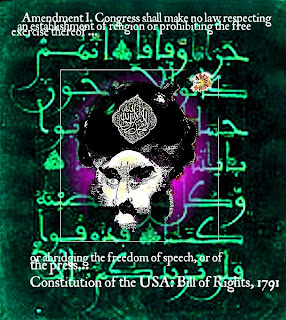 A piece on the man behind the Muhammad Cartoon phenomenon, Danish journalist Flemming Rose. He is not sorry for what he did. On the contrary. We need more like him. And this is for him.

*****
And I repeat my now pointless point about the folly of Europeans (including the Brits) attempting to integrate Muslims...or other groups of non-Westerners...into their countries. Nations are not blank sheets of paper. America especially, but Canada and Australia, too, are nations which include the integration of immigrants into the national myth. Some South American countries seem to include it, too. It is messy and difficult, but it is part of who we are and always have been. (I am certainly not supportive of Muslim immigration to these Anglosphere places, but that is because of the nature of the immigrant communities, not the issue of immigrations itself.)

But how can a Somali Muslim ever think of himself as a Dane? It's as silly as a expecting a Dane becoming Japanese. The only way the host country can integrate these particular newcomers is by...trying to erase itself and recreate an identity wholly disconnected to its real past and history and culture.

It's like having one of my nieces marry a Muslim some day --God forbid-- and then the whole family ceases to celebrate Christmas or Easter in order not to make him feel different. In order to welcome him, we commit cultural suicide. But do you think he will stop marking Ramadan for us? Nature abhors a vacuum and so does history. And Muslims have no self-doubt about which is the perfect and final religion.

Multiculturalism, which sounds on the surface like good manners and hospitality, is actually a device for subverting and replacing the culture of the host. It is the cuckoo of ideology.
As Francis Fukuyama wrote, in a moment of surprising insight, criticizing European and North American societies for ignoring the cultural struggle going on within them, he says, “many celebrate their own pluralism and multiculturalism, arguing in effect that their identity is to have no identity.” 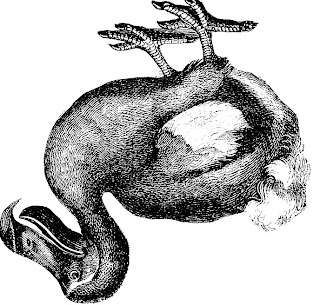 While your ramblings very occasionally strike a chord, your use of the dodo here is offensive and insensitive. The dodo,largely misunderstood and misrepresented, has been reduced to nothing but the butt of jokes.

Thank you in advance for removing that image.

You are wrong about the Dodo, Avis A. It has not been "reduced to nothing but the butt of jokes." It has been reduced to extinction. Beyond rara avis.

To All the Reader of ex cathedra:
Stop reading this anti-dodo swill now. Our number is great. If all the Reader unites, we can teach ex cathedra a lesson. All Reader, I beseech you; put an X next to ex cathedra.

On behalf of the dodo, I thank you.

I am unsure if fatwa4peace is legit. I hate to question the identity of a member of the oppressed Religion of Peace, who's maybe even a Personee de Couleur, or even a She-Person of Colors, or descended from victims of Charlemagne's imperialism, but, butt, consider the thorny issues raised in this other fatwa.(http://www.fatwa-online.com/fataawa/miscellaneous/masterbation/0051029.htm)

Response: I do not recall any hadeeth regarding the masturbator being cursed, however, I have read that a youth was sitting in the gathering of Ibn 'Abbaas (radhi-yAllaahu 'anhumaa) and waited until everyone had left, whereupon he asked Ibn 'Abbaas about that. So Ibn 'Abbaas said: ((Oh! Oh! Having intercourse with the slavewoman is better than that, and that is better than committing zinaa aka fornication or adultery)), [Transmitted by al-Bayhaqee and Ibn Hazam in al-Muhallaa].