When I finally found the courage to say out loud to another human being that I was homosexual, I was twenty-six years old.

I grew up in a world where men like me simply did not exist. We were literally unspeakable. My feelings were strong and persistent, but without language or shape. By my later teens, I had begun to piece together what they might mean. And the only images available to me for men whose eros drew them to their own kind were offputting, even horrifying. The Boys in the Band.

When I finally met someone I could reveal this to, someone who promised me that he would not reject me no matter what my secret was, he was a man my own age. He already knew what I was going to tell him. We sat on a park bench in the autumn chill of a Toronto night and out it came, a sobbing torrent, years of shame and terror, and desire.

Within a few months, I had fallen in love with him, and he with me. But I still had not crossed the bridge from imagination to experience. I was frightened by the power of my desire, which now had a and a local possibility and a name. As much as I was hungry for him, my unexpressed passion felt so large to me that I was afraid I would explode and obliterate us both. But he wanted to cross over with me. So, on the afternoon of December 12th, 1974, he and I made love together. And for all its awkwardness and anxiety, that’s what it was: sweet, stunning, life-altering lovemaking. 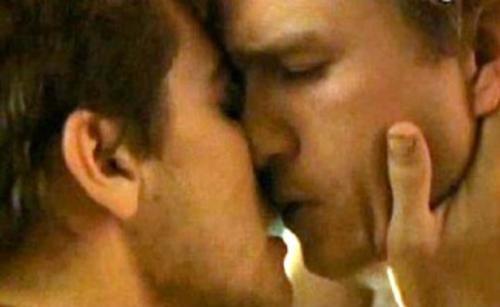 We celebrated our new connection by heading off to Burger King afterwards. The light was different. Even fast food tasted new. I felt myself belonging to the world as I never had before. In a way, I finally felt human.

We parted after several years, but remained friends. And each year, on this feast of Our Lady of Guadalupe (and I hope She will pardon me for intruding on her day), wherever we were, we would contact each other by phone, a note, or email. He is gone now. He died in 2006, suddenly, in the midst of his life work. I miss him. And I honor him for the wonderful gift he gave me.

If my first experience had been furtive or impersonal, who knows how it might have marked me? As it was, the first time I was fully flesh-to-flesh with another man, it was with a man I loved and who loved me. Since that moment, nothing has seemed more natural to me. In those encounters, especially with a man I love, I can feel wholly myself. And that, as the poet said, has made all the difference.