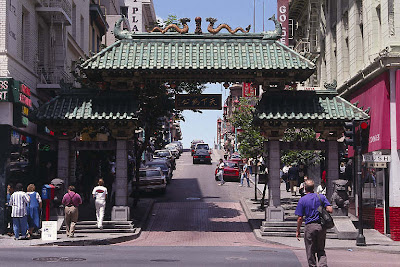 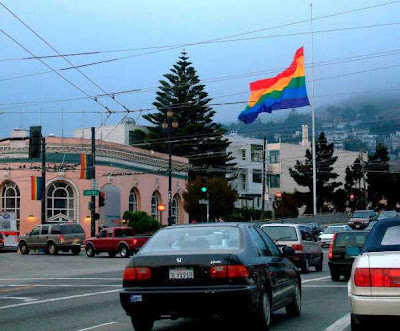 Continuing the theme of shallowness.

I was heading out of the house to get some air and some lunch today and passed by two men talking on the sidewalk. Both in their late forties or early fifties, jeans and leather jackets, bearded. As I walk by, the shorter of the two smiles at me brightly and says, "Hi, hi, haven't seen you in a long time!" I check the memory banks and can't place him. "I'm Frank", says he. I give him my name but admit that it's been so long that I don't remember how we met.

"Well, I'm pretty sure," he offers, "that I just walked up to you, cause you're such a handsome man...(I smile and say thanks)...and said to you, 'You have to make love with me before you die.'"

I laugh and pat him on the shoulder and thank him for the compliment and wish him a nice day and say it was nice to see him and off I go. He beams.

There is a strong, sturdy, square and solid man in his mid-fifties, smart, smart-mouthed and stealthily sexy, who is passionate and playful. Although he clearly has a powerful attraction to his own male kind, (thank God!), he has never identified himself as gay. He's one of those guys who could honestly wear this t-shirt. 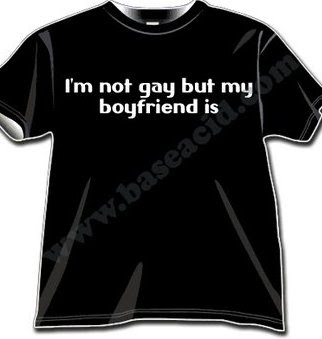 I once asked him why he had lived in such proximity to the big gay neighborhood in town where I live, but had so little sense of affiliation to it. His reply, "It's Chinatown. Just 'cause you're part Chinese doesn't mean that's the place you have to live. It's not a career."