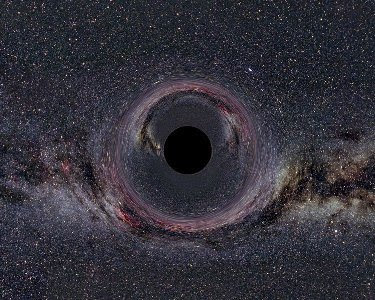 No, this post is not about Jesse Jackson's stated desire to castrate Barry Hussein O.

Jonah Goldberg opines on a recent story where a white civil servant in Texas, during a description of program inefficiency, referred to a department as a "black hole" and was jumped on by a black town councilllor and a black judge for being "racist". Yes, boys and girls of the 4th grade science class. Mr. Judge demanded an apology. Black assholes, both of them.

I suppose next time a department loses money and someone white says it's "in the red", that an Indian will jump up and demand an apology.

On one level, this stuff is beyond stupid. But Jonah, while finding it disturbing, does not give this PC phenomenon the assessment it deserves. Noting that its "will to power" is hidden under the guise of tolerant talk, he nonetheless underestimates its nastiness and real purpose.

I wrote about the Orwellian use of language in PC talk. And I do not think it is funny. I think that it is a form of thought control with a very specific outcome.

First, PC language creates and reinforces the notion that prior to the advent of liberal enlightenment, the culture was so corrupt and evil that all its ways of speaking have to be jettisoned in favor of the often bizarre formulations of PC. It creates a sense of shame and emotional disconnect between the past and the glorious present. Part and parcel of the liberal narrative that history is the story of Western white male Christian American capitalist greed and hatred.

People who speak their enemy's language --and PC is the enemy of the West-- lose the capacity to see and to think for themselves and indeed accept the enemy's valuation of them. It is not simply an alternative way of speaking, for example, to call Indians "Native Americans". It entrenches the notion that the Americans who "followed" them are illegitimate. Indians are not Native Americans. They were the native peoples of this place, but before the Westerners arrived to invade and conquer, this place was not America. They have become Americans by virtue of the historical fact of conquest and defeat.

The whole linguistic project is a form of war, a crypto-Marxist (Gramscian, really) project. To speak PC is to take on its form of thinking, or at the very least, to accept a kind of anxiety to please, a fear of offending, which becomes the default mind of a culture in the process of dismantling and erasing itself in order to placate its implacable foes.

PCspeak is two-faced. On the surface it's a new vocabulary claiming to change perspectives. In effect it's legislation or work/school rules to change behavior. Changing perspectives and behavior can be just fine. But when the mechanism for doing so is so consistantly dishonest it calls into question the motives and the outcome of such changes.
- Trevor