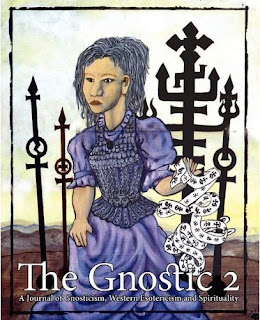 I remember having a frank and funny conversation a long time ago with a lesbian colleague of French Canadian background, about God. She was a staunch feminist but could not cuddle up to the notion of Goddess. I told her I agreed. First of all, would a Goddess create menopause and childbirth? And more importantly, one of God's primary roles is to forgive sins. A male God can actually forgive, partly because he is likely to forget. A female Deity would be very unlikely to forget and hence, to forgive. She laughed and agreed with me.

I am struck with how often women, both in real life and in the media (TV, films, etc) seem to spend a lot of time trying to get men involved in things they are uninterested in and to get men to think and feel about things the same way that the women do.

Saw Christopher Nolan's new film, Inception. I enjoyed it very much. Imaginative and gripping. The one female in the team seemed really outstandingly out of place, but I suspect it was purposeful. She reminded me of the archetypal Eve and the Gnostic Sophia, the young female whose intense curiosity, breaking bounds, sticking her nose in where she was told to stay out, brings about catastrophe. But whose gift for love and tenacity plays a major, even crucial role, in saving the scenario in the end.
at 11:40 AM

»I am [who I am] struck with how often women, both in real life and in the media (TV, films, etc) seem to spend a lot of time trying to get men involved in things they are uninterested in and to get men to think and feel about things the same way that the women do.« sc this is the purpose of "women"?

»The one female in the team« sc the J.A.P. represented by Ken Watanabe? Because set up as a standard father-son drama, the son was all set to "hate" the father's Self (the prodigal ego goes decorously away to a far country, to half-squander his dualist father's (ousia). But in this version, the interference initiated by the J.A.P. results in the decision by the son not to 'hate' the father's business and create another sue purpo(japanese pronunciation of royal 'purple') power (sc state, dominion founded in grace), but instead to be his own man (? Saturn begets Jupiter, the Jupiter decides to be as if another Saturn and beget another Jupiter?). ... Ellen Page: a boy (cf body) with a girl mask on &-or girl ego? named Ariadne, sc Arachne, the 'girlfriend' of Dionysos?

correction(?): maybe the J.A.P.'s wording was "become another superpower" sc become another purpo (purple, royal) sewer -- royal chandala system, "king of the Jews"? But instead, maybe the son now likes, neither hates nor loves, the father? ... The "I'm" is the way the truth and the life? ... Tell them yhwh's "I'm who I'm" sent you?