The minarets of Switzerland 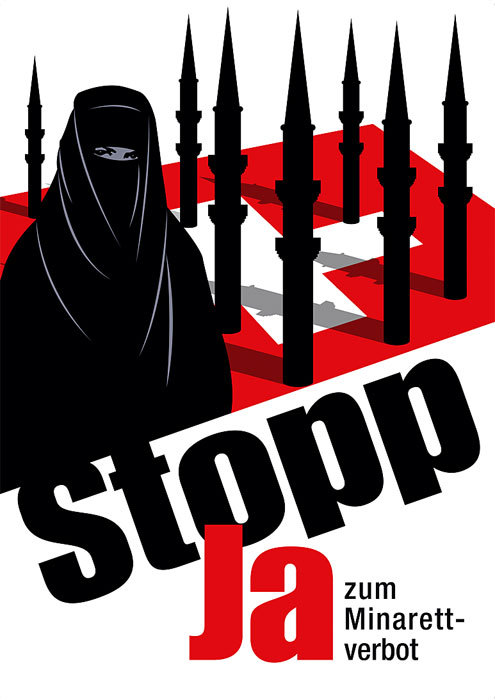 I agree that the Swiss were right to ban the minarets.

Why? Because Islam is not a religion like Buddhism, Christianity or Judaism.

Islam is essentially, fundamentally, inherently and historically an expansionist theocracy.
A theocracy in the literal sense, where the divine law is the law of the land for all, believer and unbeliever alike. There is in Islam no separation or division between religion and the society, religion and the state.

Where Islam has not been an expansionist theocracy is when it is forced to act differently by outside stronger powers or when it has suffered from internal inertia, conflict or corruption.
But when it is true to itself, it is a theocracy on the march. And it is on the march.

Consequently, the notion that Islam is "just a religion" and therefore deserves the protection of the law is mistaken. Islam is a religion the way the World Church of the Creator is a religion. Its natural goal is to conquer and rule the society in which it finds itself.

So the minaret is not like a steeple. It is like a foreign flag. Good for the Swiss.

If Islam is as you say, then why do Muslim clergy and laymen, both in the West and elsewhere, advocate freedom for Christians to build new churches with spires and crosses atop them in traditionally Islamic countries?

All your thoughts about Islam is completely wrong!! Islam is the most wonderful religion