One of the mild pleasures of my life is that I live in two worlds. My professional life is, well, professional. Nice educated people with ethical concerns, middle class etiquette, pleasant architecture, etc. My personal life, which is often very mundane indeed, takes place in the middle of an archetypal Gay Ghetto, a number of whose denizens make their living by renting their sexual services, either to individuals or to movie/video companies. These guys are my neighbors, whom I see at the dairy section of the grocery store, sometimes acquaintances or near-friends. What makes this pleasant for me is sometimes to notice the one world I belong to when I am in the midst of the other. It tickles me.

So being around hustlers is hardly a noticeable event. 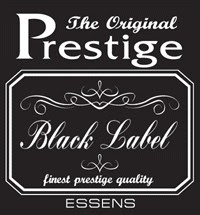 I was at the gym last week, working out within earshot of two guys. I couldn't figure out their relationship. One was an ordinary dude, the other a short, compact guy with a very impressive set of shoulders on him, self-contained and sort of darkly handsome. Not anyone I would notice (!!!). I picked up snippets of conversation and after a while concluded that they were acquaintances and that the hot guy was a hustler.

The hustler then says to his friend, "I got this weird call the other day...guy wanted to rent my time...but he wanted to know if I charged extra for blacks. I just sorta stood there with the phone in my ear. I mean, what was I supposed to say? Ever hear of such a thing? Wow."

Now I am no optimist about the human race, but I still find myself brought up short by the originality of sin...things that never occur to me. I could see charging more over a certain age, or if you are obese, etc. But for color? Apparently it had never occurred to the hustler, either.

But what set me back even more was that the erstwhile client, who was apparently a black man, had run into this before...and was open to hiring a prostitute who would charge him extra for his race!
at 8:28 AM