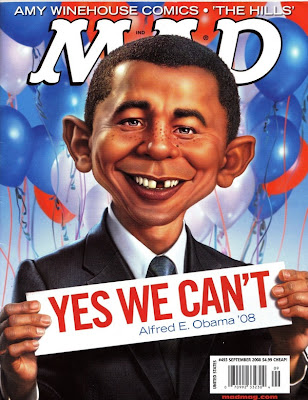 I don't post much about politics these days because it is so unremittingly depressing and my irritation is major. The feelings about B. Hussein Obama that I expressed during the campaign have remained intact, although I did not expect the serial outbreaks of rookie incompetence, thin-skinned pettiness and --with his responses or lack thereof to the Fort Hood massacre-- shockingly disconnected arrogance. I thought he would at least be able to make believe he gave a shit about the country's military. Like he does about gays.

So posting about that, or the biblically-sized unread healthcare bill on top of the apparently ineffectual hyper-massive bailouts that will make us a debtor nation for generations...what could I rant about that you could not read elsewhere and better expressed?

Hence, I think about sex.

Saw two guys on line recently who fit into my "impressive but not attractive" category. (Pic above is someone else. Both impressive AND attractive. Nice, no?) Some local guy called Rascally Randy, and a gay Italian model and actor named Alessandro. RR is a big, built, furry, handsome bearded Daddy with a killer smile. Very nice to look at. But unfortunately he thinks he's amusing, so he uploads humoresque videos to YouTube. Stick to silent stills, RR. Alessandro is a younger fella, darkly handsome, beautiful build and not, like RR, stuck on himself. But he is almost unreally beautiful and despite evidence of a lot of testosterone, muscle and fur, almost pretty.

Impressive guys, but not material I would fantasize over. I guess there is something about the unique, slightly flawed, lived-in guy that appeals to me. Good thing, because even though I have become handsome recently (!) Randy and Alessandro are way out of my league. Unique, slightly flawed and lived-in guys are not only appealing to me, but available to me.

Take The Boyo --I call him that because of his zest for life; he is a well-seasoned 55 years old.
You'd never find him on the cover of a magazine, and you could easily pass him on the street without turning your head. But if he walks into a store, or sits down at a table in a restaurant,
the clerk and the waiter are his new best friends...instantly. It is really amazing to watch. Something in the way he shouts --and he does shout-- "Hi", with a big grin, makes most people like him in a nanosecond. (Even my ex, who had a hard time getting used to him, told me that he was almost irresistibly likeable). They start smiling and talking and laughing before they know it. I love it. When he leaves, he turn to me with a grin and says, "My new best friend!"

This is an element in sexiness, a joy in life and a pleasure in experience, a magical power of opening other people up, an energetic playfulness centered on the other. Which he brings to almost everything he does. Wink wink. Part of sexiness is a gift for making the other person feel sexy. Damn, does he.

My ex and I were discussing our sexual histories recently and both agreed that the best sex we'd had in our lives was not with the best-looking and best-built men we'd slept with. Chemistry rules. Thank God.