Me not being gay anymore, continued

I have remained puzzled by my mother's announcement in March that I was not, after all, homosexual. World-thinker and bad-seed girlwatcher "Emailior fabbro" came up with the best explanation, that mothers don't like to think of their sons as being sexual at all, much less being sexual with other men.

Still, I had an opportunity recently to re-visit the question and the only thing my mom would say was, "I lived in Chelsea for 17 years and I've met hundreds of homosexual men, but I've never met one at all like you."

So, I guess it's basically "My Boy Is Special"...an archetypal theme. 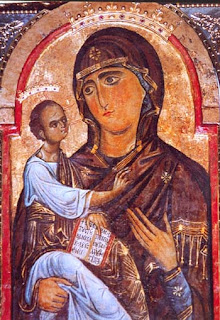 PS. With the glorious inconsistency that makes mom, and all of us, so interesting, she later asked me about a man I had dated in New York this weekend and she seemed interested in hearing about him. When I jokingly said that he was only 49 and so really too young for me, she launched into a homily --without a trace of irony-- about how age doesn't matter if you love someone.
at 7:35 AM